To mark the occasion of the 150th birth anniversary of Mahatma Gandhi, CHIRAGH – The South Asian Symphony Orchestra – proudly brings to you a concert bearing the Mahatma’s message of freedom and empowerment.

Truth, peace, non-violence and social equality – these were the ideals Mahatma Gandhi lived by. In these troubled times, we must work together to build a world that is founded on values of togetherness and find ways to dissolve the barriers that exist between us.

Ludwig van Beethoven was a revolutionary composer of the 19th century. His music heralded the transition from the Classical era into what is now known as the Romantic era of music history. He was a champion of the rights of the individual, and an opponent of authoritarian rule and aristocratic power.

The concert explored the interesting connections between Gandhi and Beethoven. The repertoire included original music commissioned by the South Asian Symphony Foundation, composed by Antonius Nazareth and inspired by the life of Gandhi, alongside Beethoven’s timeless Symphony no. 5 and Piano Concerto no. 4 featuring pianist Julian Clef. 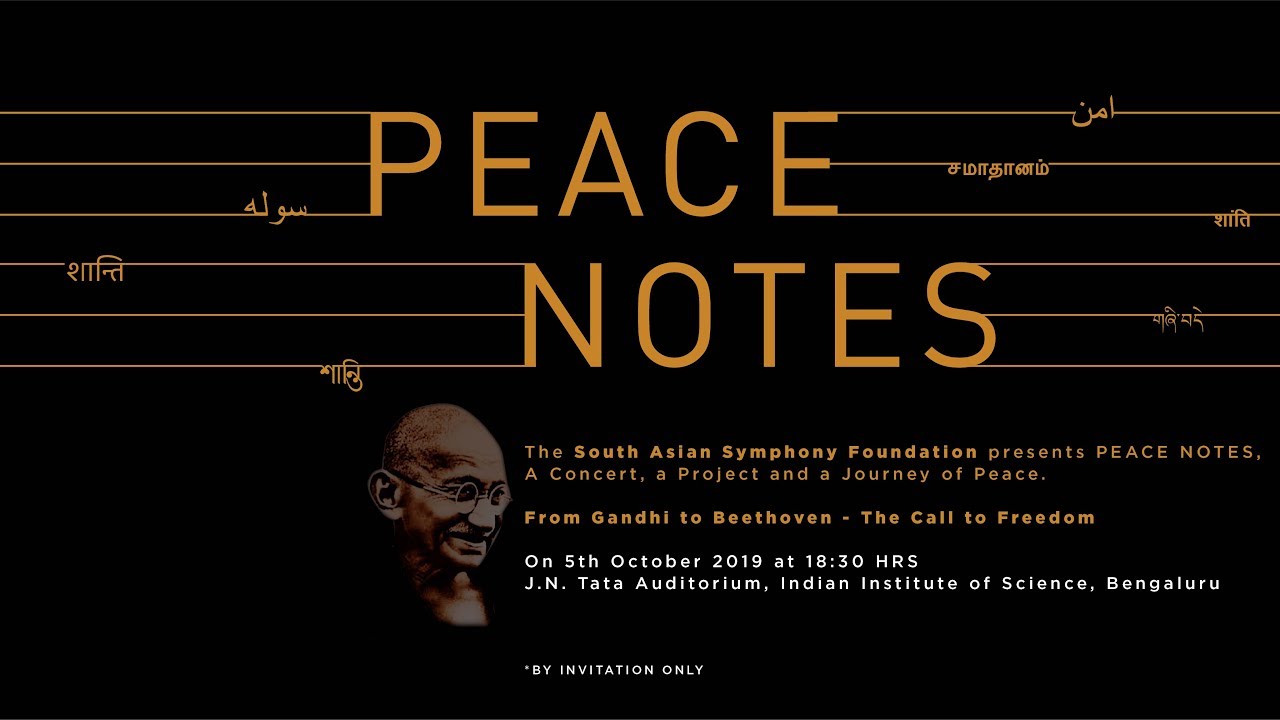 MUSIC IS A GREAT ENABLER

October 04, 2019
Rehearsals are on in full swing and as lunch hour tapers to a close, the conversation ebbs as Beethoven plays through the speakers.